District III Cleanest City Contest Chairmen Gwen Lanoux and Patsy Hebert stated that, “Youngsville excelled in the District III Contest. The judges were impressed with the overall cleanliness of the city and the extent of civic pride and community involvement.”  Judges for the District III CCC were LGCF members Pam Langley. Ann Corbello, and Roxanna Champagne.

In 1958, the Louisiana Garden Club Federation, Inc. began sponsoring a state-wide “Cleanest City Contest.” To date, Louisiana is the only member of the National Garden Clubs, Inc. to sponsor such a contest.  The aim of the contest is to instill civic pride in the individual citizens and thus, improve the appearance of villages, towns and cities. 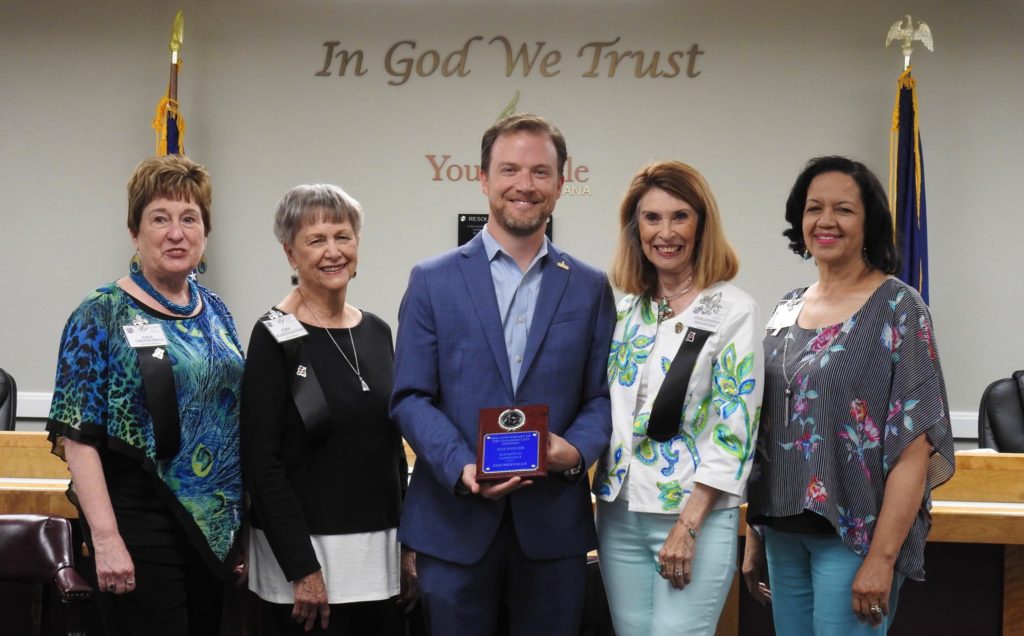